Check out our blog for the latest news and commentary in the EMR/EHR world.

The Western Foot and Ankle Conference will take place in Anaheim, California this year from June 19-21, and Podiatry EHR software provider 1st Providers Choice will be attending.

The California Podiatric Medical Association (CPMA) is hosting the conference for doctors in podiatric medicine. Attendees will have the opportunity to expand their knowledge base and technical skills in areas related to the ankle, foot, and lower leg. They will also have the opportunity to meet with Podiatry EHR exhibitors and other vendors.

The Western Foot and Ankle Conference attracts doctors from around the country each year. 1st Providers Choice is thrilled to be able to team up with podiatrists and showcase their EHR and practice management system for podiatrists. Their EHR is fully certified and can greatly increase the ease and efficiency in which doctors run their practice. Podiatrists around the country who have taken the next step and implemented the highly intuitive software are pleased with the results.

It is CPMA’s goal with this conference to cover what is new in the world of foot and ankle biomechanics and sports medicine. Presenters and speakers plan to discuss important topics, such as how to better treat wounds, issues with vascular disease, and much more.

Our team is eager to meet with physicians who want to improve their practice through more efficient healthcare delivery and increased practice profitability. We hope that you’ll visit us in Anaheim at Booth 311.

Healthcare providers can breathe a sigh of relief. Implementation of ICD-10 code sets has been delayed another year thanks to a bill passed in the Senate on March 31. The controversial Protecting Access to Medicare Act of 2014, which passed with a vote of 64 to 35, has pushed the compliance deadline to October 1, 2015.

The U.S. is one of only a handful of developed countries that is not yet using ICD-10 code sets, which are said to be more accurate and precise. Meanwhile, the World Health Organization is set to release ICD-11 codes in 2017 – just two years after healthcare organizations in America will have started using ICD-10.

Industry response to the ICD-10 delay has been varied thus far. Many organizations have expressed satisfaction with the extra time it gives them to prepare internally for the transition from ICD-9 to ICD-10 – on top of the other changes that they have had to implement, including installing EMR software.

Others have criticized the delay stating that hospitals and healthcare organizations have already invested a lot of time and money in order to achieve compliance this year. Additionally, according to AHIMA (American Health Information Management Association), a one year ICD-10 delay could cost between $1 billion to $6.6 billion.

Preparing for ICD-10 Ahead of Time

The ICD-10 extension, however, does not mean that physicians and healthcare organizations can put off thinking about upgrade requirements for another year. Preparing for ICD-10 requires extensive planning to ensure that different systems, like billing and practice management software, can all work together to submit claims accurately, allowing providers to get paid.

Those who have not yet started ICD-10 preparations will now have more time to work with software vendors and clearinghouses to ensure compliance, while those already prepared for the transition can continue getting educated on the new code sets and how the transition will affect billing and coding processes.

1st Providers Choice’s 2014 ONC fully certified EMR and Practice Management software is ICD-10 ready. We can help your practice get through a seamless transition. To learn more about our software solutions call 480-782-1116 today! 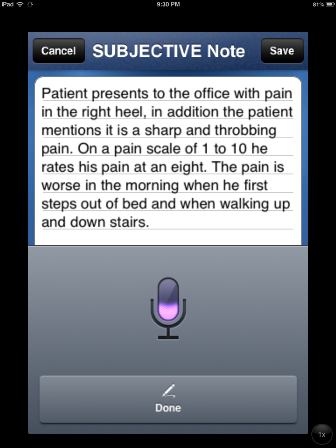 Using recent advances in technology built into our IMS for Diabetology and Endocrinology EHR software, physicians can automatically download glucose meter results from patients’ portal glucose devices. All you have to do is connect the patient’s device to a laptop or PC running the EHR. You can then import results from the device into the EHR directly into the health record of the patient you select. Not only will your endocrinology practice save by having patient data automatically documented and analyzed, but patients will no longer have to manually keep track of this data.

At 1st Providers Choice, we have years of experience working with endocrinologists and diabetology practices. This has given us the experience necessary to implement highly successful EHR solutions. Our technology is tailored to the endocrinology specialty throughout the application, from documentation templates and custom forms and billing.

Aside from certified EHR software, we also offer fully integrated practice management and patient portal solutions. Practices that use our patient portal software, in addition to our endocrinology EHR, have the option of allowing patients to upload glucose readings themselves. Once approved by a member of your staff, this data can be added automatically into the patient’s EHR chart. When patients get involved in their care, everyone wins. Endocrinologists can ensure their patients’ health records are complete and accurate, allowing them to deliver better care.

Interested in learning more about how our EHR software for endocrinologists and diabetologists can benefit your practice? Call 480-782-1116 to contact us today.